When we start talking about India, things that come to our mind are incredible natural wonders, the rich culture and heritage of the country, the beautiful people and their colorful attire, and various type of foods, and flavors.

Over the centuries there has been a big significant fusion of cultures in people of different languages, and religions between Buddhists, Hindus, Muslims, Jains, Sikhs, and various tribal populations in India. India is the birthplace of many religions like Hinduism, Buddhism, Jainism, Sikhism, and other religions. They all are known as Indian religions. One Indian culture is one of the world’s oldest and most diverse cultures. Still, we Indians stick to our culture. This is our incredible cultural value. The culture of India also refers to many collections of minor unique cultures. The culture of India includes clothing, festivals, languages, religions, music, dance, food, and art in India. The most interesting thing is our Indian culture has been influenced by several foreign cultures as we influenced them throughout history.

India is the only country on the planet where there are people of different languages, religions, and races. But the impressive thing is all of them live together in harmony. India is a blended united country where people show brotherhood among others. With an area of 3.2 million square kilometers, India is huge. This South Asian country is filled with natural wonders starting from salt deserts, golden sand dunes, and a floating lake, to natural bridges, labyrinth caves, and a meteor crater.

Starting from the northern Jammu and Kashmir, Himachal Pradesh

This city is located at the north point of the Asian subcontinent popularly known as the “Paradise on Earth”. Jammu and Kashmir are world-famous for their scenic splendor, snow-capped mountains, plentiful wildlife, exquisite monuments, hospitable people, local handicrafts, and culture, a city of lakes and temples. Where Himachal is commonly known as the ‘Mini Switzerland of India’. Impenetrable forests, swathes of green meadows, and beautiful snow-covered mountain vistas make it an ideal destination for nature lovers. Punjab has the richest culture in the world. It is known as ‘the land of five rivers and because of the productive lands found here, it is also known as one of the most ancient civilizations in the world. This place is rich with culture and full of beauty that you should experience at once. They are known for their loud and loving nature. These people are always full of energy, helpful nature, and are proud on their self. The melodious music of their native and the famous dance form Bhangra, Gidda makes them super stunning. Punjabi dance and entertainment are based on happiness, energy, and enthusiasm. The Punjabi cuisine goes way beyond butter chicken and naan full of protein. Maybe of this food habit, they are the strongest and healthiest Indian. Dil Walon ki Delhi is the national capital. Is also known as mini India because people from different parts of the country live and work here. This city doesn’t have any particular culture, it has a mixed culture as people all around the country live here. But still, you can define Delhi in two parts one is the busy side home to prominent civilizations, dynasties, and rulers, and the other side is still caring about the ancient architecture, age-old markets, and traditional communities. Old Delhi is still holding its traditional values whereas New Delhi is flourishing with modernization. A state in northern India crossed by the Himalayas Uttarakhand the city of the holy river and the most pilgrimage site of India is the origin of the Ganga and Yamuna. Uttarakhand is a land of all beautiful things. It has snow-covered peaks like Kedarnath, Nanda Devi, and Dunagiri. Has rivers like Ganga, Yamuna, Bhagirathi, and Alaknanda flowing through it, and Rishikesh which is a spiritual center and an adventure lover’s dream. The Purana says Uttarakhand was the ancient term for the central Indian Himalayas. Uttarakhand can be considered another haven in India as It provides you with beautiful glacier views, adventure, trekking, bigger Mountains, chilling snowfall, pure water, fresh and soothing air, and a much more spiritual place that can refresh your soul. West Bengal, a state actually in the eastern region of India along the Bay of Bengal is famous for its rich culture and heritage and retains architectural and cultural remnants of its past as an East India Company. Its capital, Kolkata is known for architecture, museums, art galleries, traditional food, temples, music, and theatre. It is a blend of traditional and modern. The city’s landmarks include the buildings around B.B.D. Bagh Square, the iconic Victoria Memorial is dedicated to Britain’s queen. A state is full of wonders whether man-made or natural creations. You can enjoy the weather of Darjeeling known as the ‘Queen of the Hills’,  Siliguri the city situated on the foothills of the Himalayas, Incredibly Beautiful Villages, terracotta temples, Hazarduari Palace, which is known to have the second largest chandelier in the world, and also the largest staircase in India. Apart from this Sundarban district plays a universal importance role for globally endangered species including the Royal Bengal Tiger, Ganges and Irawadi dolphins, crocodiles, and the critically endangered endemic river terrapin. It is the only mangrove habitat in the world for Panthera tigris Tigris species. The state is still connected with its route and a big part of its economy is based on the small cottage industry. A state which is blessed with mesmerizing natural beauty with beautiful people. Uttar Pradesh, this state is home to Ayodhya and Mathura the birthplace of Lord Rama and Lord Krishna, and Parshuram. The spiritual capital of India is Varanasi, Allahabad, and the holy rivers Ganga and Yamuna flowing here. The beautiful excellence of Mughal architecture all makes Uttar Pradesh incredible. How can we forget to talk about northeast India when we are talking about the wonders of the country. Known as the land of the rising sun, our northeast is famous for many appreciable reasons. It has a floating national park which is only in the world. It is also known as Asia’s cleanest village. They are focused on women’s empowerment so it has the largest women’s market in Asia, and a dowry-free union. This is the world’s first organic state. With pleasant weather all through the years, it also has the rainiest place in the world. Age-old forests, mountain ranges, landscapes, weather, and tribal culture make the place extraordinarily beautiful. Rajasthan the land of Maharajas is all about history, culture, and heritage, monuments and color, deserts and wildlife, and historical hill forts & palaces are the center of attraction. A city with a full heritage that carries the legacy of royalty. Umaid Bhawan Palace is known as the world’s largest private residence. Rajasthan has the largest desert in India, the Thar Desert also known as the great Indian desert. Gujarat historic capital the city of beaches and temple towns, wildlife, hill resorts, and natural delight is. Sculptures, statues, handicrafts, arts, and festivals make the state rich with colors. Gujarat is also known as the Jewel of Western India. Heart of India Madhya Pradesh is known as the home of almost all religious, cultural, and spiritual heritage. Incredible monuments, intricately carved temples, stupas, forts, and palaces are located all over the State. Madhya Pradesh is also known for being rich in mineral resources, it has the largest reserves of diamond and copper in India. The charming capital Bhopal is known for both its modern and historical outlook. one of India’s largest commercial and industrial city of India is Maharashtra. It’s also called the gateway of India. A city with rich culture and beauty. The ancient cave paintings found at Ajanta and Ellora are UNESCO World Heritage sites and popular tourist destinations for national and international tourists. A perfect beach destination with many towns and cities located close to the coast. Hill Stations, Historical & Heritage, and Pilgrimages all make it more beautiful. And how can we forget about Mumbai, the film city known as the dream city where many people come daily to Chase their dreams. This city celebrates the Ganapati festival every year like never before. All these blend and make the city incredible. Odisha Land of Lord Jagannath. The famous Jagannath temple is located in Puri. It was built in the 12th Century AD. Puri beach, pilgrimages, festivals, and the Jagannath Rath Yatra attract tons of tourists to Odisha. South India is the home of 9 World Heritage Sites by UNESCO. As south India is full of culture nowadays it presents a unique model of development. From exquisitely carved pilgrimages temples to colonial charm to breathtaking hill stations, stunning backwaters, and beautiful beaches, South India offers it all a visual and physical treat unforgettable glimpse. South India cultural attractions will provide you with a glimpse of Ayurveda, Classical Dance, Kathakali, Kalaripayattu, Temple Architecture, South Indian Food, and Festivals.  Years ago It was also known for its spice trade. India’s best nesting beaches Andaman Nicobar Islands have stunning beaches, rich biodiversity, beautiful marine ecosystem, and tropical evergreen forests with wildlife. It is also a great destination for water sports like scuba diving. Port Blair is the capital of this island famous for the historic Cellular Jail and other small islands like Corbyn’s Cove, Wandoor, Ross Island, Viper Island, and so forth, which were once home to British colonists. Lakshadweep is a famous beach destination in India with safeguarded white sand beaches, crystal clear blue waters, and coral reefs. Provides a big production of pearls and seafood. one of India’s most beautiful and ancient coral reef regions. PREVIOUSHealth And Fitness With Todays Generation
NEXTKolkata over the years 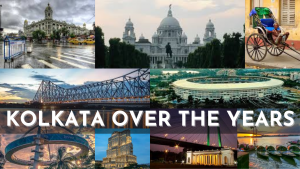 How Jewellery of India Different Than Other Western Countries